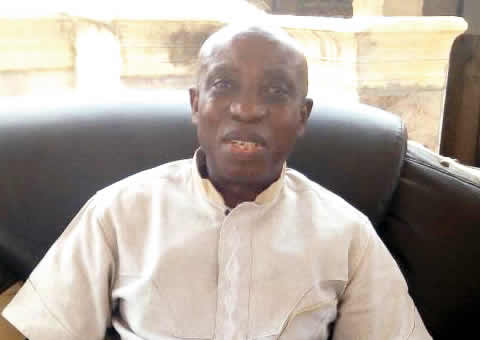 Okafor, Awka
A former Minister of Aviation in the First Republic, Chief Mbazulike Amechi, on Saturday protested what he called police brutality in his Ukpor home in the Nnewi South Local Government Area of Anambra State.
The 90-year-old statesman urged the Commissioner of Police in the state, Mr. Garba Umar, to investigate the alleged shooting of one Mr Okechukwu Ifejighe of Uboma village, Ukpor by the police.
He expressed worry over the ugly incident, asking the CP to ensure that justice was done.
Amechi explained that it took his intervention and that of the traditional ruler of the community to pacify the youths who protested against incessant police brutality of the people of the area.
The elder statesman said policemen from Ukpor Police Division stormed the residence of the victim on July 13, 2018, and shot him without any justifiable reason.
He said the policemen, after shooting their victim, left him in the pool of his own blood and zoomed off.
Amechi described the act as callous and inhuman.
He said, “The apprehension among the youths was informed by the recent killings of their relatives by the police, including a corps member, Lynda Nkechi Igwetu, a native of the community, who was murdered in Abuja by the police.
“We can’t continue to condone this. Enough is enough. This is man inhumanity to man.”
Reacting, the state Police Public Relations Officer, Haruna Mohammed, who confirmed the incident, gave the assurance that justice would be done on the issue.
He said, “The command will not tolerate any professional misconduct from any of its officers in the state. Any officer found guilty of any offence will be made to face prosecution.”
Copyright PUNCH.All rights reserved. This material, and other digital content on this website, may not be reproduced, published, broadcast, rewritten or redistributed in whole or in part without prior express written permission from PUNCH.
Contact: [email protected]
(Visited 87 times, 8 visits today)