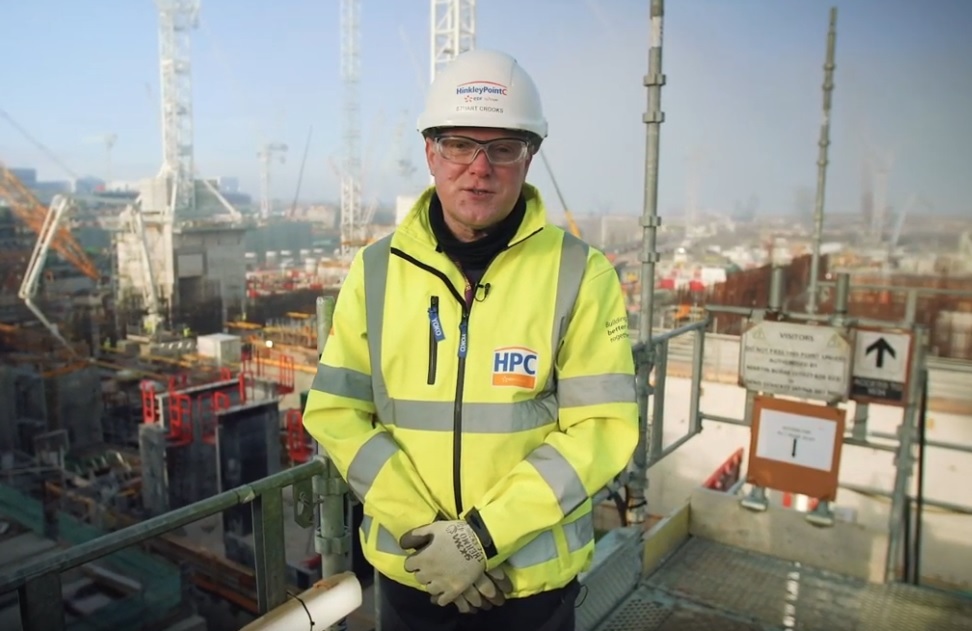 Despite this, they hit 18 out of their 20 miletsones in 2020 and the other two were “not far behind” said, HPC managing director Stuart Crooks.

“That’s a considerable achievement with fewer people on site,” he said.

However, a detailed review of schedule and cost has concluded that the start of electricity generation from Unit 1 is now expected in June 2026, rather than the end of 2025 as initially announced in 2016.

As a consequence, the projected rate of return for the French state-owned energy company is now estimated at between 7.1% and 7.2%, rather than the previous 7.6% to 7.8%.

Stuart Crooks said that three months of scheduled time had been lost in 2020 and it was estimated that another three months could be lost in 2021 “assuming that conditions allow us to ramp back up the resources after Easter,” he said.

He added: It is important to remember that this is a health crisis not an issue with construction. The fundamentals of this project remain good.”

Got a story? Email news@theconstructionindex.co.uk