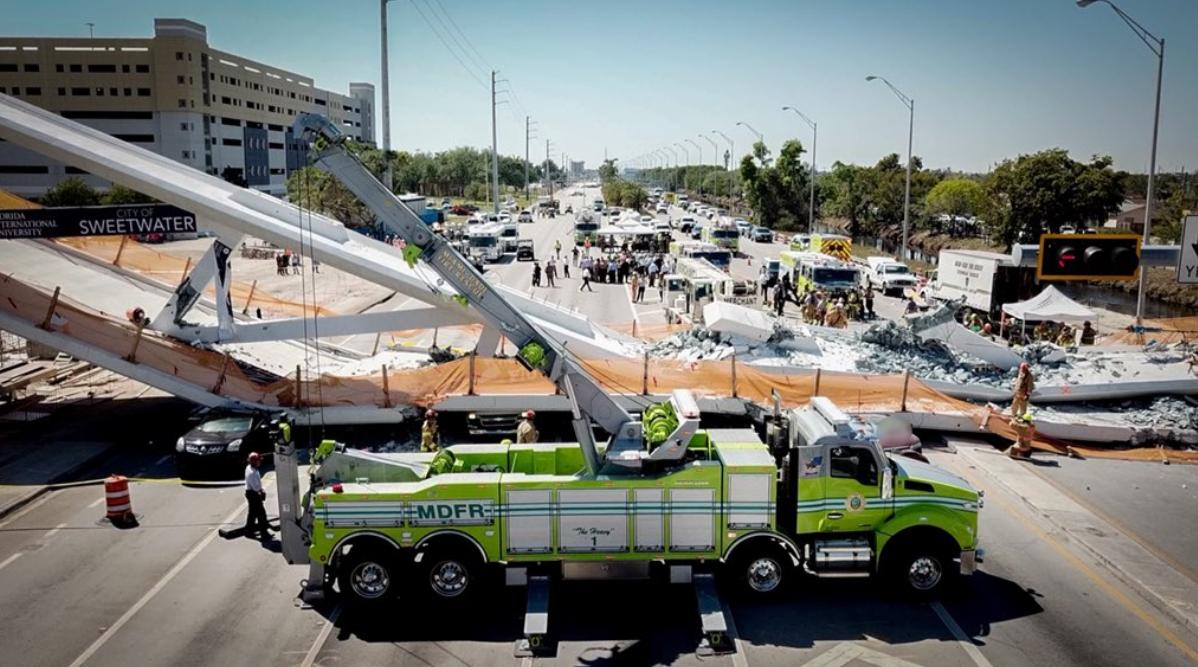 In the structural failure on 15 March, a 174-foot-long bridge span fell about 18.5 feet killing five vehicle occupants and a bridge worker. Eight other people were also injured.

The update details NTSB’s examinations of the bridge’s construction materials and the numerous tests conducted, including multiple concrete compression core and steel sample tests. The investigative update also includes an evaluation of a steel post-tensioning rod and the hydraulic jack used during re-tensioning activity before the collapse.

NTSB investigators and parties to the investigation have examined an approximately 5-foot-wide section of the bridge deck that was cut on either side of Node #11 and 12, which was photographed and subsequently documented using 3D laser scanning.

So far, the NTSB has interviewed employees from eight firms and organizations involved in the design, inspection and construction of the bridge. Bolton, Perez & Associates Consulting Engineers has been added as a party to the investigation.

NTSB said that all aspects of the collapse remain under investigation while it determines the probable cause, with the intent of issuing safety recommendations to prevent similar events.

This photo illustrates the condition of the cracks after the move of the main span that occurred on 10 March 2018. Photo taken on 14 March 2018 at 1:50pm shows east side directly adjacent to vertical member 12, top of deck looking down, view of crack. Labels added to photo by the NTSB. (Photo: Bolton, Perez & Associates Consulting Engineers)