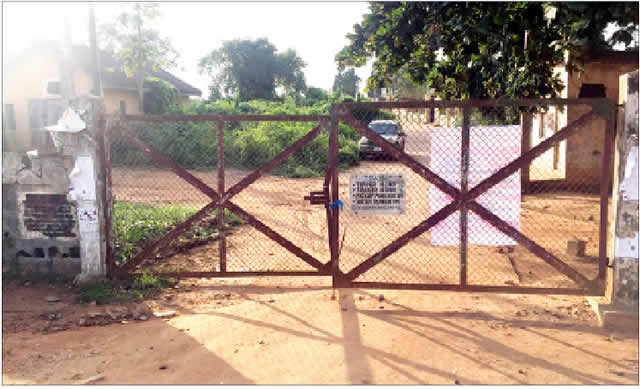 Deji Lambo
Some former workers of the Nigerian Telecommunications Limited have alleged that they were being threatened by a Lagos family over parcels of land reportedly allocated to them by the Federal Government.
PUNCH Metro learnt that the allottees of the NITEL/MTEL land had been finding it  difficult to take ownership of the land because the family wanted the land back since the government no longer used it for the “public interest” it acquired it for.
The family had reportedly said government acquired the land for NITEL and since the firm was no longer in need of it, the land should be returned to the family.
One of the allotees, Olayinka Oladiran, 55, said the land was released to some of the former workers on lease by the Federal Government.
He said, “The land was supposedly acquired from the family for telecommunication projects. The family said since the government was no longer using it for that purpose, the land should be returned; that the government had no right to sell it to individuals.
“We were trying to perfect our documents after purchasing the land from the Federal Government when some omo oniles (land grabbers) invaded the land and started selling it at ridiculous prices.
“The Federal Government sold the land to us and should come to our aid now.”
PUNCH Metro gathered that the allottees had formed a group – Nitel/Mtel Landlord Association – to agitate for their rights.
The group had taken the family to court over the latter’s claims to the land.
It was gathered that during one of the court proceedings, the judge prohibited construction works on the land pending the time the case would be settled.
The Chairman of the association, Emem Ekpo, said people who purchased plots from the land grabbers erected structures against the court order.
Some court officials, who visited the estate, were said to have marked 55 of the illegal structures for demolition.
Ekpo said, “The court order was given on December 14, 2016 and it is still subsisting till date.
“Some of the illegal buildings were built where the cable route is located, which prevented Natcom – the new owners of NITEL/MTEL’s core assets – from rolling out its services in this part of Lagos.
“The court came to confirm the illegal structures. After that, the Assistant Chief Registrar will write a report on the inspection and from that report, the judge will take a decision on the houses that needed to be demolished.
“The ministries of the environment and that of physical planning were involved in the inspection.”
The General Secretary of the association, David Rabiu, said members needed the Federal Government to defend them because it sold the land to them.
One Oluwadamilola Idowu said his father, who used his pension fund to acquire the land from the Federal Government, had developed a stroke.
The 30-year-old Ogun State indigene said, “Due to the stress on the land, my father, Israel Idowu, had a stroke. I don’t know why the government decided to punish my father who used his sweat to work for NITEL for 35 years.
“He used his pension funds to acquire the land believing that it was an investment. Most of the people that acquired land got it through lease arrangements; and they were former workers of NITEL.”
The lawyer for the allottees, Oluwaseyi Abdulazeez, asked the government to support the allottees.
Abdulazeez said, “The issue is that one party went to court to get an injunction that restrained the other party from doing any construction work on the land. But the same party that got the injunction violated the order by engaging in construction works on the land. So, we had to call the attention of the court so that the order that restrained us from doing any construction work would be enforced.”
Copyright PUNCH.All rights reserved. This material, and other digital content on this website, may not be reproduced, published, broadcast, rewritten or redistributed in whole or in part without prior express written permission from PUNCH.
Contact: [email protected]